Letters To Live By 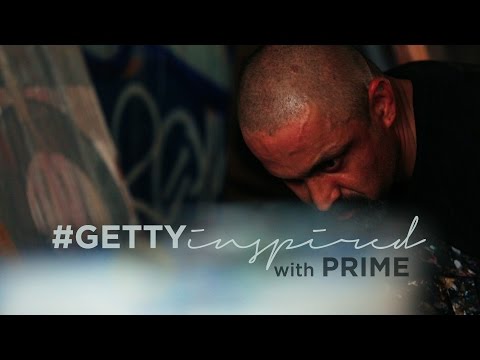 If you're out in Brasil don't mis this workshop. Showcasing some of my techniques on lettering and tattooing. Thanks for all your support.

An Honor to have this article written in the huffington post.. Thank you Rodrigo for taking the time to write this up... If you haven't read it already, click the link and check it out. http://www.huffingtonpost.com/rodrigo-ribera-debre/big-sleeps-art_b_5156757.html

Shout out to YoAdrian for the write up. MORE THAN A COLLABORATION: BIG SLEEPS X FAMOUS STARS AND STRAPS In today’s fashion world, collaborations come a dime a dozen. Most brands choose to partner with a particular artist or brand simply because it will sell product. But in rare instances, a collection shows the ability to tell a story rooted in substance. Such is the case in Famous Stars and Straps’ recent partnership for their collection with Los Angeles artist Big Sleeps.

Big Sleeps is a revered tattoo and graffiti artist who is one of the few global ambassadors for the Cholo handstyle, a style that is still very popular in Los Angeles, but unbeknownst to most across the globe. This has allowed for Sleeps to travel around the globe and for his ink to grace foreign skin, and his art unfamiliar walls. Were it not for a changing of ways, Big Sleeps would have never been given the opportunity to design for a brand as iconic as Famous. Growing up in LA, Sleeps was drawn to writing at a young age. As he puts it, “I put so much effort into it as a kid for a negative reason, to get up on the walls and tag and gang write and all that. I had a lot of passion for it back then but now I see the opportunity to use it in a positive way.” After a few run-ins with the law, and the threat of going to prison for a long time looming, Sleeps’ freedom spawned a new found drive to change his life. “I came home from doing some time in 2008, that was my last run-in with the law and I almost went away for a long time. I had this thing when my mom passed away after a long battle with cancer, I felt like she never got to see me shine. I went to jail right after her passing. I came home and felt like I had to prove something to myself, I can’t explain exactly what it was. Just this energy and drive that was indescribable.” It was this newfound ambition that drove Sleeps to hone his craft of writing. The release of his 2010 book, “Letters to Live By” garnered attention and embrace from the art and tattoo communities alike. This led Famous’ founder and literal rockstar Travis Barker to his work. “Sleeps has the craziest lettering. After seeing his “Letters to Live By” books, it was a must we worked together in the near future,” the legendary drummer says. Spontaneity is what life is all about. There is something beautiful to be said about being able to maneuver on the fly rather than a planned course of action. Relating this to the collection, Famous SAS’ Marketing Manager Tim Millhouse states, “We wanted something really unique to kick off our anniversary and make some noise, something a little more outside of our world. Travis reached out to Sleeps and he had a bunch of stuff on his plate but it was just one of those opportunities. In my gut I just felt like we had to do it.” Sleeps was nearly unable to work with Famous on this project due to his constant traveling, he was set to hit up a international convention when Travis reached out. Amongst the three t-shirts that will be available from the collection, the portrait t-shirt stands out the most. It is a strong image, one that pictures Sleeps staring intently at his throw-up piece which he tagged just outside of the Famous HQ. But what makes this image so captivating is Sleeps’ tattoo on the back of his head.

On the tat’s history, Sleeps says, “That was just one of those things where it was spur of the moment. I was going through a lot of stuff at that time in my life, I was still out there messing around in the streets a little bit. I wanted to get the eyes on the back of my head. For me, it was meant for all those backstabbers and people that talk behind your back. If you’re gonna backstab me, then you’ll have to look me in my face.” Spur of the moment like the collection itself, the photo was not taken by the many cameras on hand to document the painting, but rather, by a passerby who just so happened to be present in that exact moment. The other pieces in the collection feature Sleeps’ signature handstyles. Amongst strong block and script lettering is the “placa” style which the artist once used to mark gang territory that he now uses to permanently ink customers.

The futures of both respective parties couldn’t be brighter. Big Sleeps will continue to travel around the globe for tattoo conventions. As for Famous Stars and Straps, the brand is plotting on an epic 15th year. Each month, the brand plans to collaborate with a different artist in order to produce various capsule collections, along with music events featuring the many artists that are down with the family. “We’ve had an amazing 15 year run. I’m proud of our collabs with Estevan Oriol, Mr. Cartoon, Usugrow, Snoop Dog, SLICK, SSUR over the years, and we will continue to do our own thing [for another 15 years],” says Barker. The motto of the Southern California lifestyle brand is “Family First,” and when collaborations like this one with Big Sleeps come around, the collective fully embraces a new addition to the fam.

The Big Sleeps x Famous Stars and Straps capsule collection is currently available via the Famous web store. The final release from the collaboration will be available Jan. 29th. To get more information on Big Sleeps check out his website and follow him on Instagram. Yo! Adrian encourages you to shout his name like Rocky. Twitter: @_YOADRIAN

This exhibition which opened last Friday at the Boathouse Gallery in Los Angeles features the work of artists who specialize in the lettering forms that have their own historical roots based in Los Angeles, dating back to the 1940’s. These unique lettering forms are now being widely recognized as a legitimate genre of ﬁne art. This show brought to you by Smog Town features some of the best lettering artists in the world. Opening night was crazy, with tons of people from all walks of life, crowded the gallery. The energy in the air was electric, with the artists signing everything from black books, hats and even shoes. This show was deﬁnitely on for the ages. All flicks shot by Monica Torres

Here goes another great session. This one was done on Fairfax by me and my good homie Mr. Defer K2S. We had lots of fun on this wall. It was all done with acrylic paint and brushes in under 3 hours and was a special gift for our friend and owner Norm of Fairfax Studios formerly known as Will Rise Tattoo. Always a pleasure painting with such a talented artist such as Defer, he definitely pushes every piece to another level. Also wanna thank my girl for all these great pictures, you're the best. Stay tuned for more great productions. K2S family reppin’ on Fairfax. Photos: Monica Torres

Here’s a few pictures from the Stations of the Cross show & Vatican Studios grand opening last week. Big thanks to Franco Vescovi for putting together this show. I was honored to be part of it. The turn out was amazing, so much talent under one roof and a large part of the proceeds from the auction are going to the City of Hope Childrens Fund, which made this event that much more important. I had a great time there. Wish I could post all the crosses but there was way too many. Photos: Monica Torres

Peep this dope video of our trip to Milano, Italy. Shout out to the homies Abey Alvarez, Norm, Edgar Aguirre and the homie Darren.

Don't sleep on this dope flick. 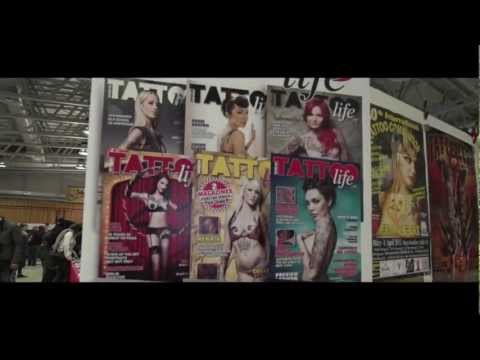